As Seen In: Megan Fox is adorned in an original Cari Tiny Disc Necklace in Transformers 2. Their Large Dog Tag, worn by Gina Bellman, is written into the storyline of the TV show Leverage. Jewelry by Cari has accessorized fashion shows and graced the runway at the San Francisco Fashion Week. Their jewelry is featured in many publications including Entertainment Weekly Magazine, the Oregonian Newspaper and InStore Jewelry magazine. And BMG Music chose their necklace to gift to 250 celebrities at the Grammy Awards, including Christina Aguilera, Britney Spears, Ellen DeGeneres, Justin Timberlake, Pink and many more. 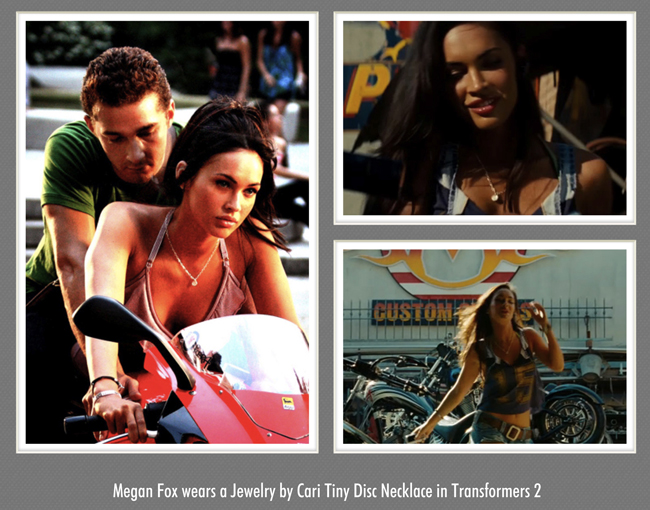 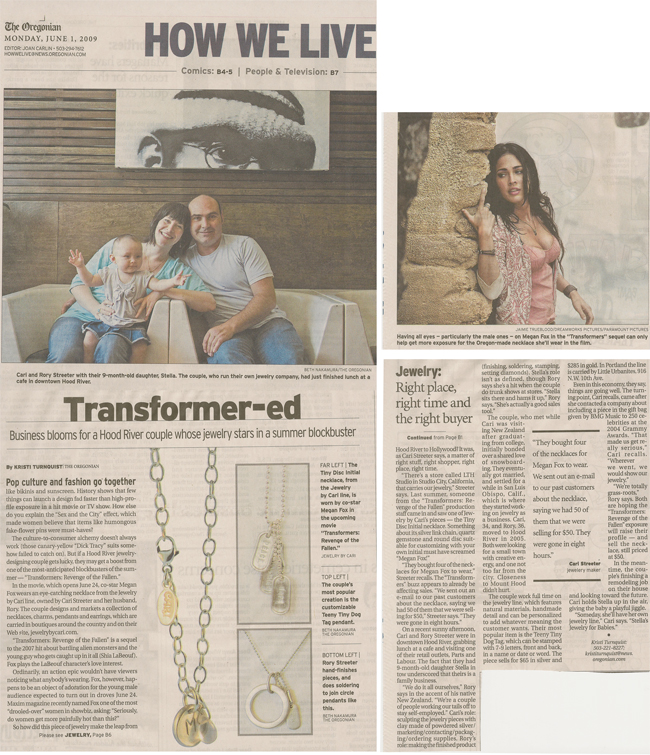 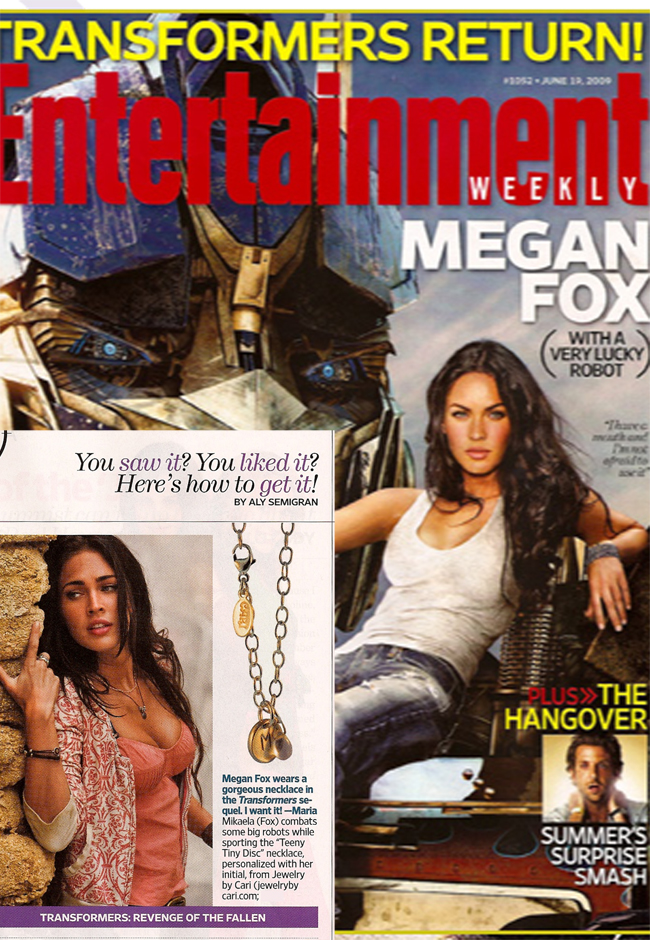 All the music heavy weights, celebrities, and nominated artists and winners lined up at The Avalon in Hollywood to celebrate BMG's big win. After snacking on Cold Stone Creamery ice cream and dancing to music spun in vinyl by Tony Okungbowa of the Ellen DeGeneres Show (who also attended), guests were greeted (and dazzled) by the Janet Lee Duffels being launched at the event and filled to the rim with a variety of lavish, custom made items to pamper and please. The goody bag items included..., Jewelry by Cari "Water" Necklace,... 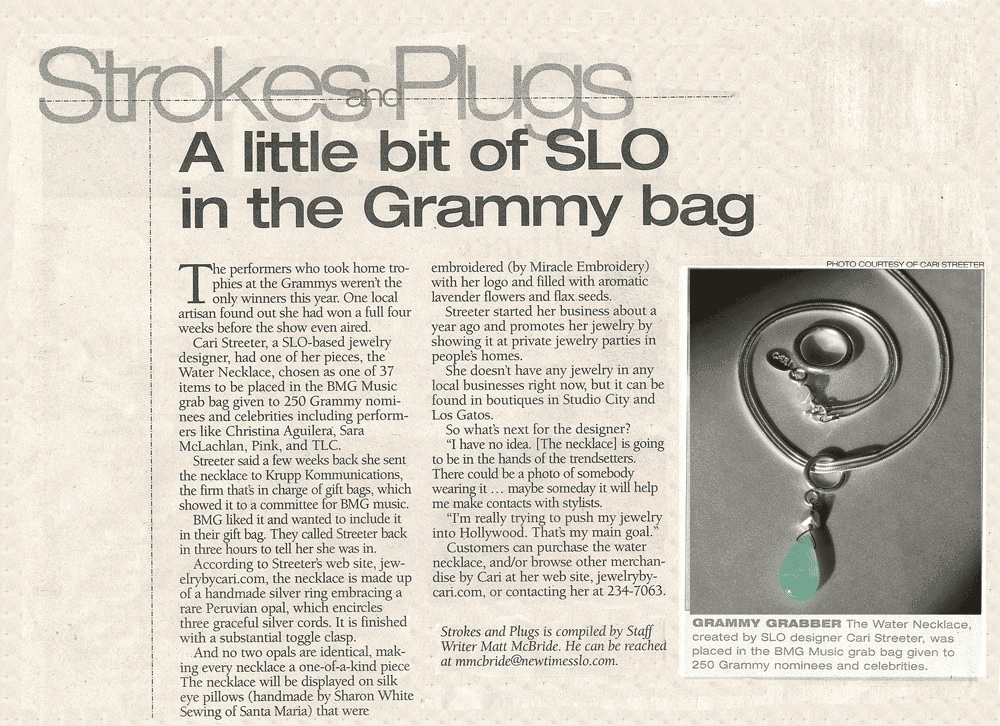 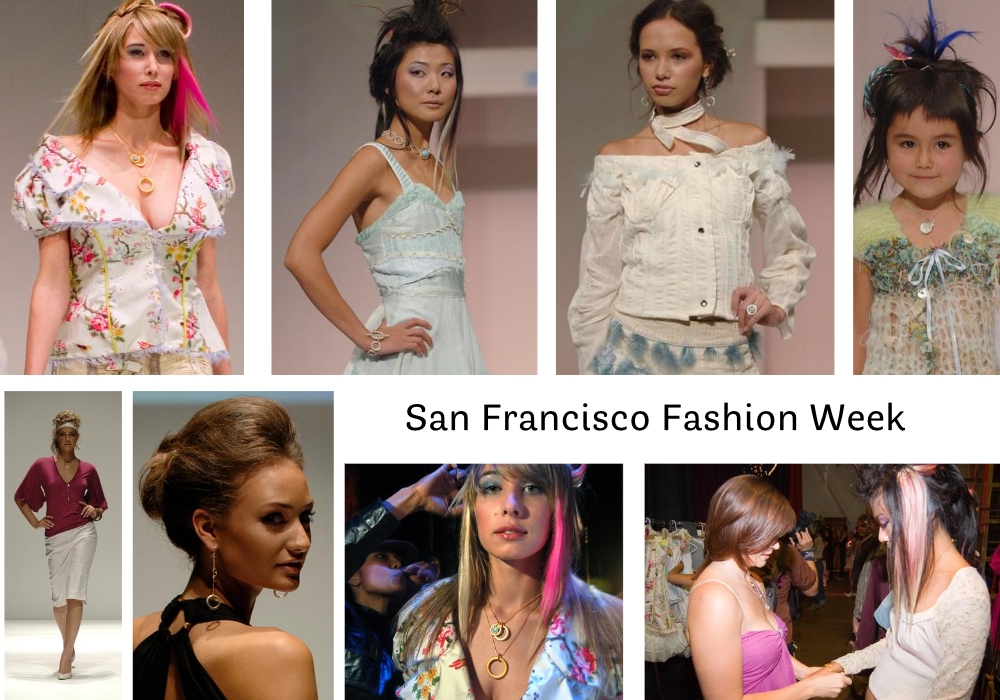 Gina Bellman wears a large gold dog tag throughout the entire season 3 of the TV show, Leverage. The dog tag is written into the storyline as her character has a secret identity, signified by her blank dog tag: 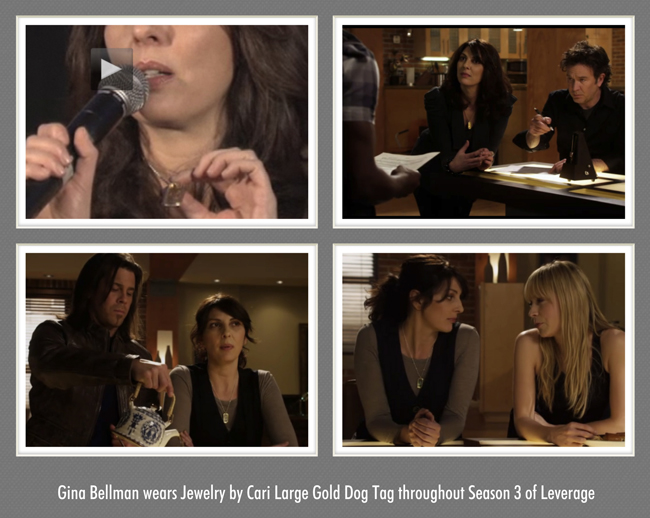 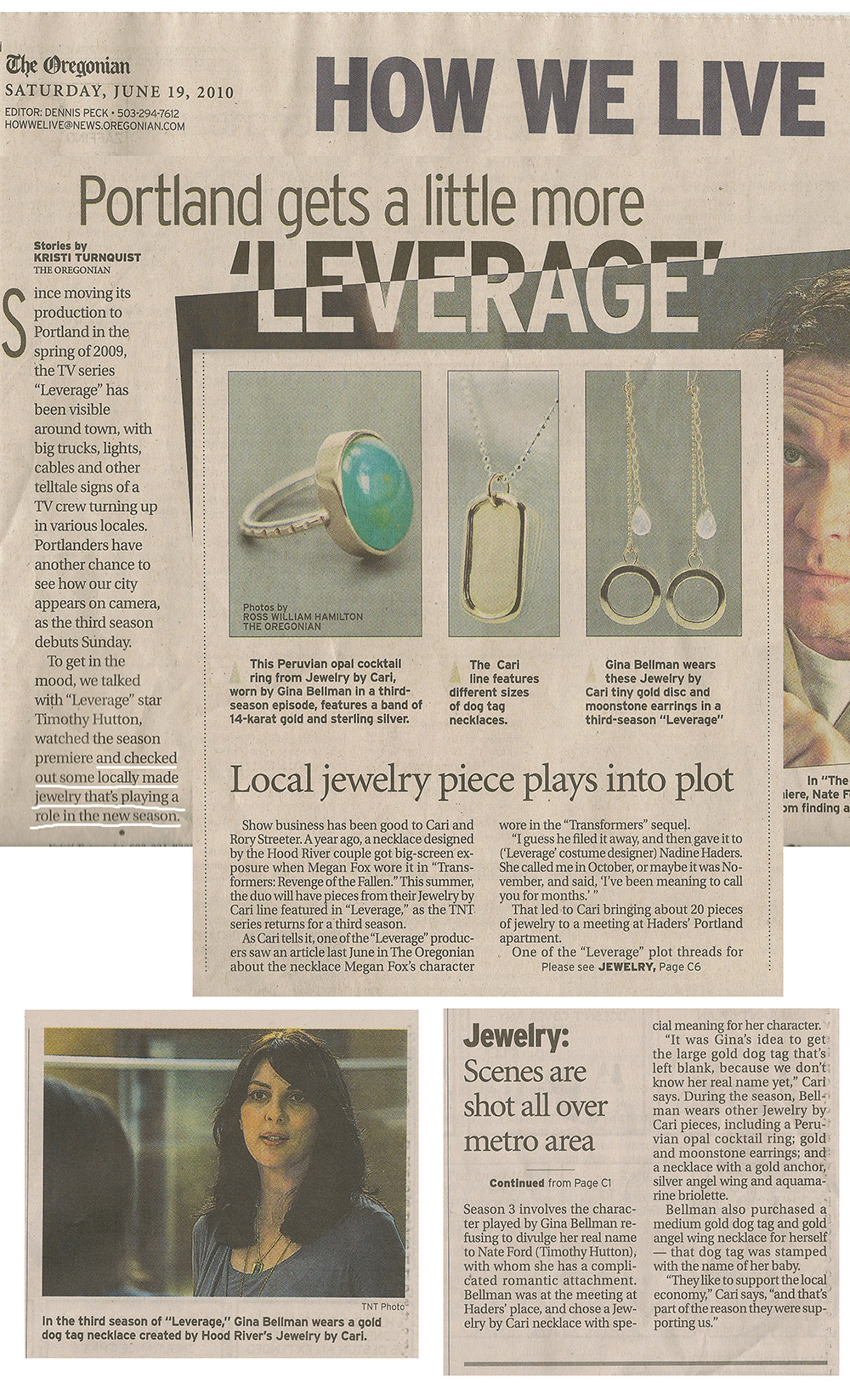 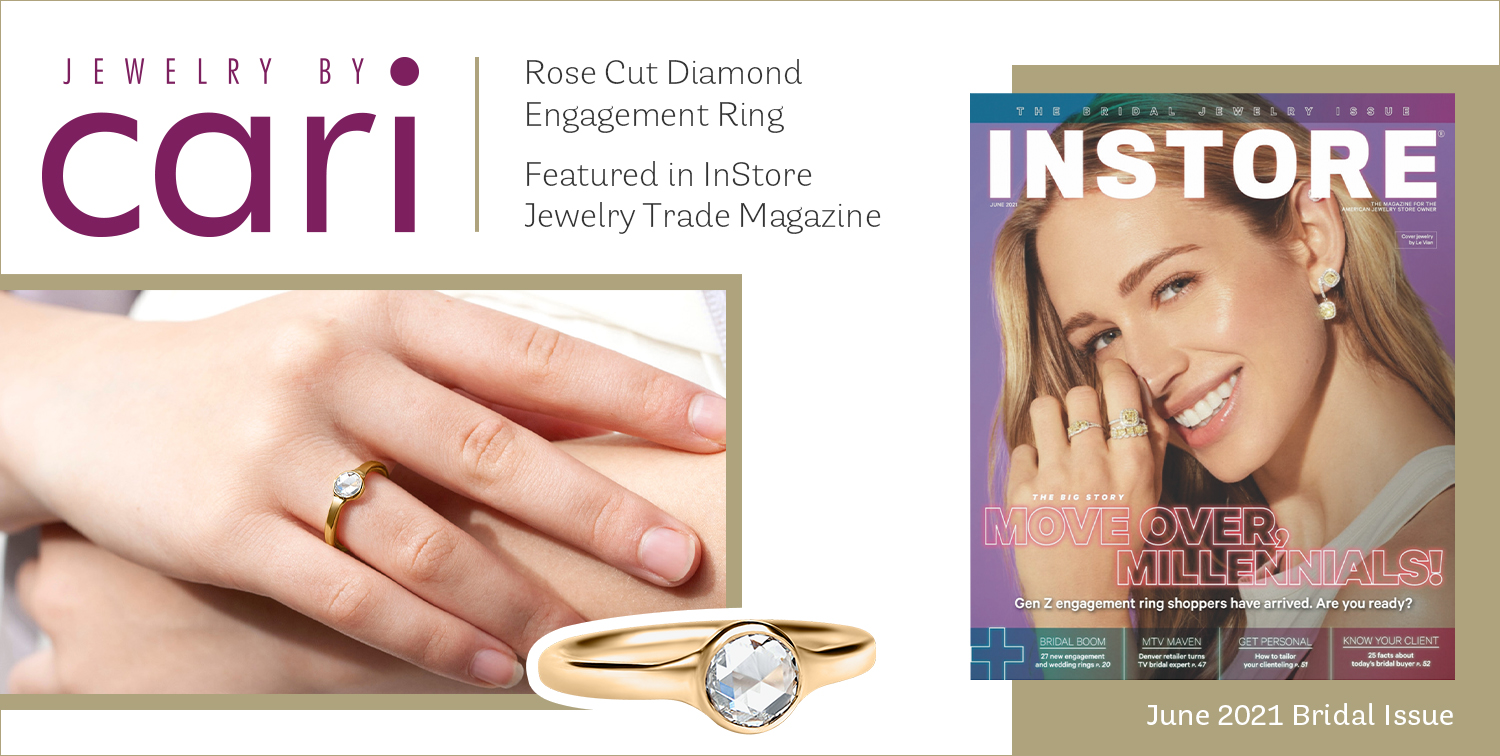 Fall 2016 Jewelry by Cari Feature Story in The Gorge Magazine: 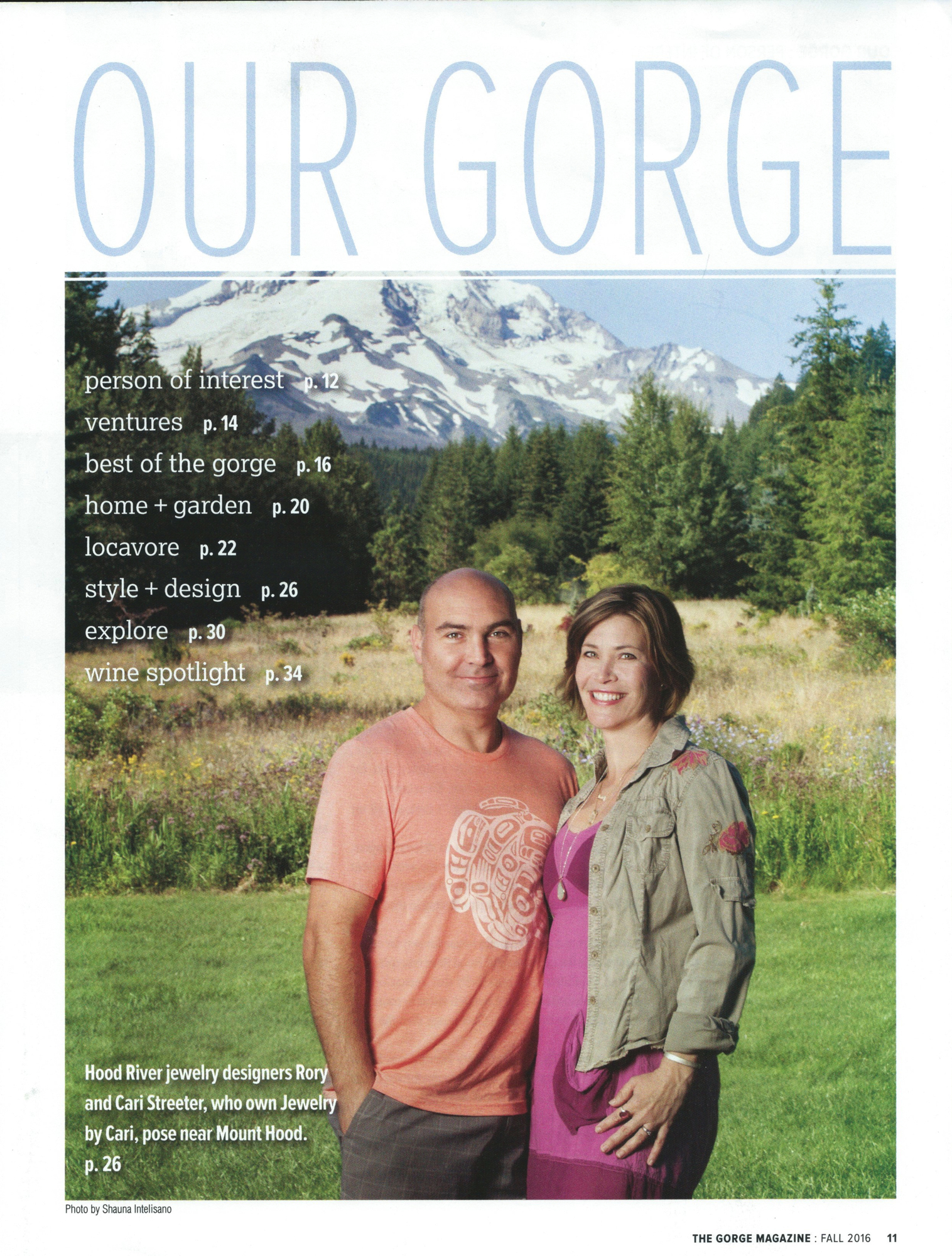 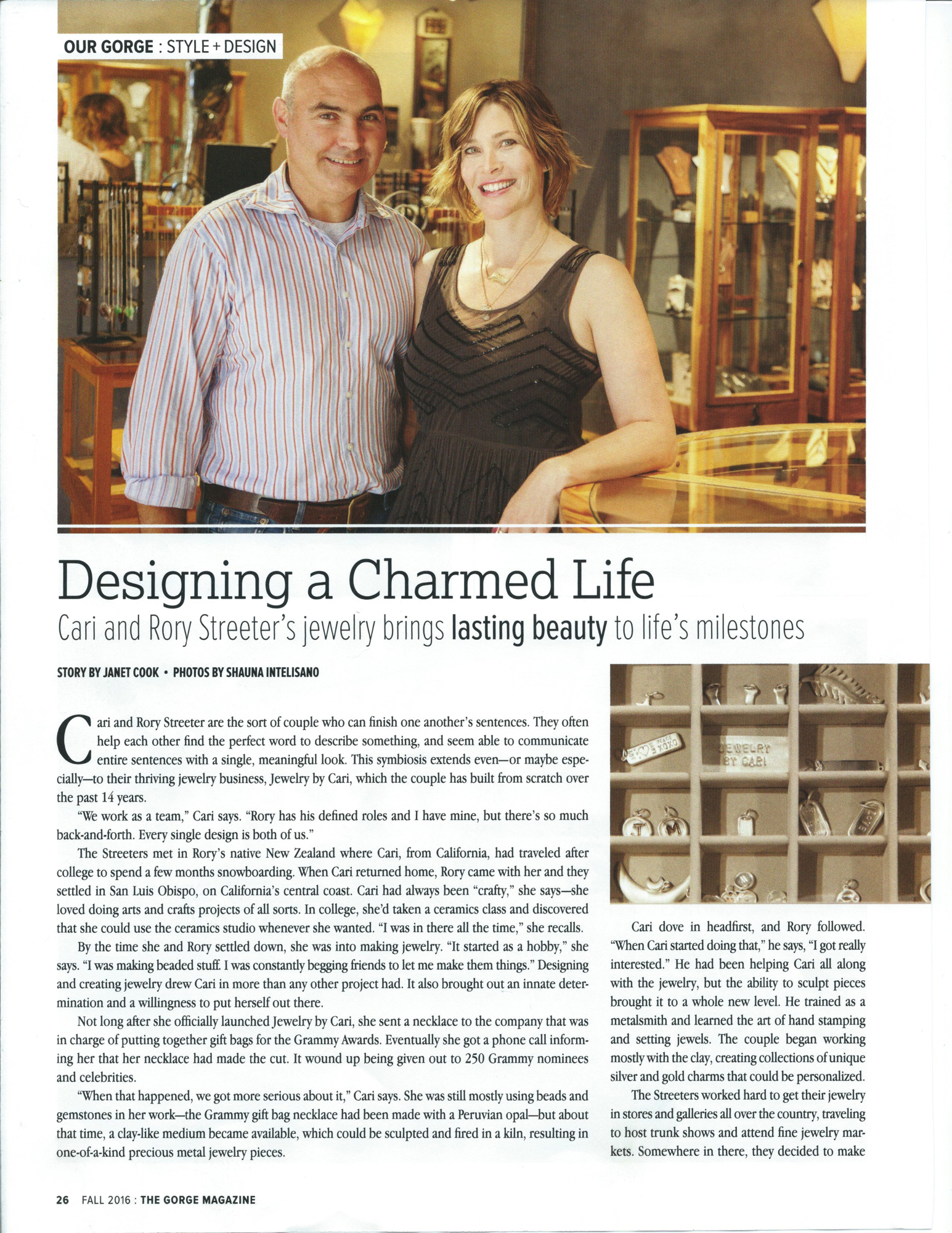 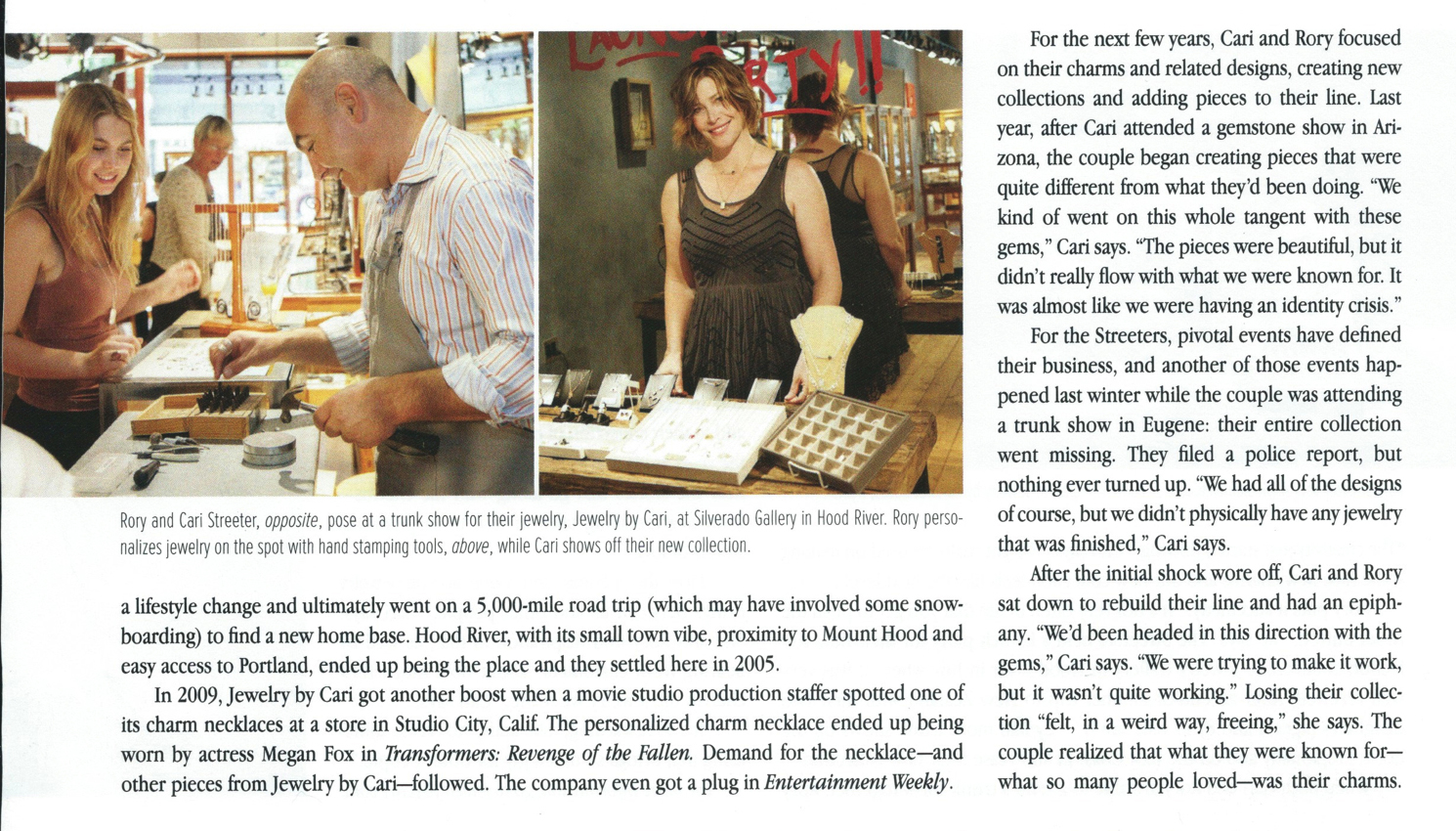 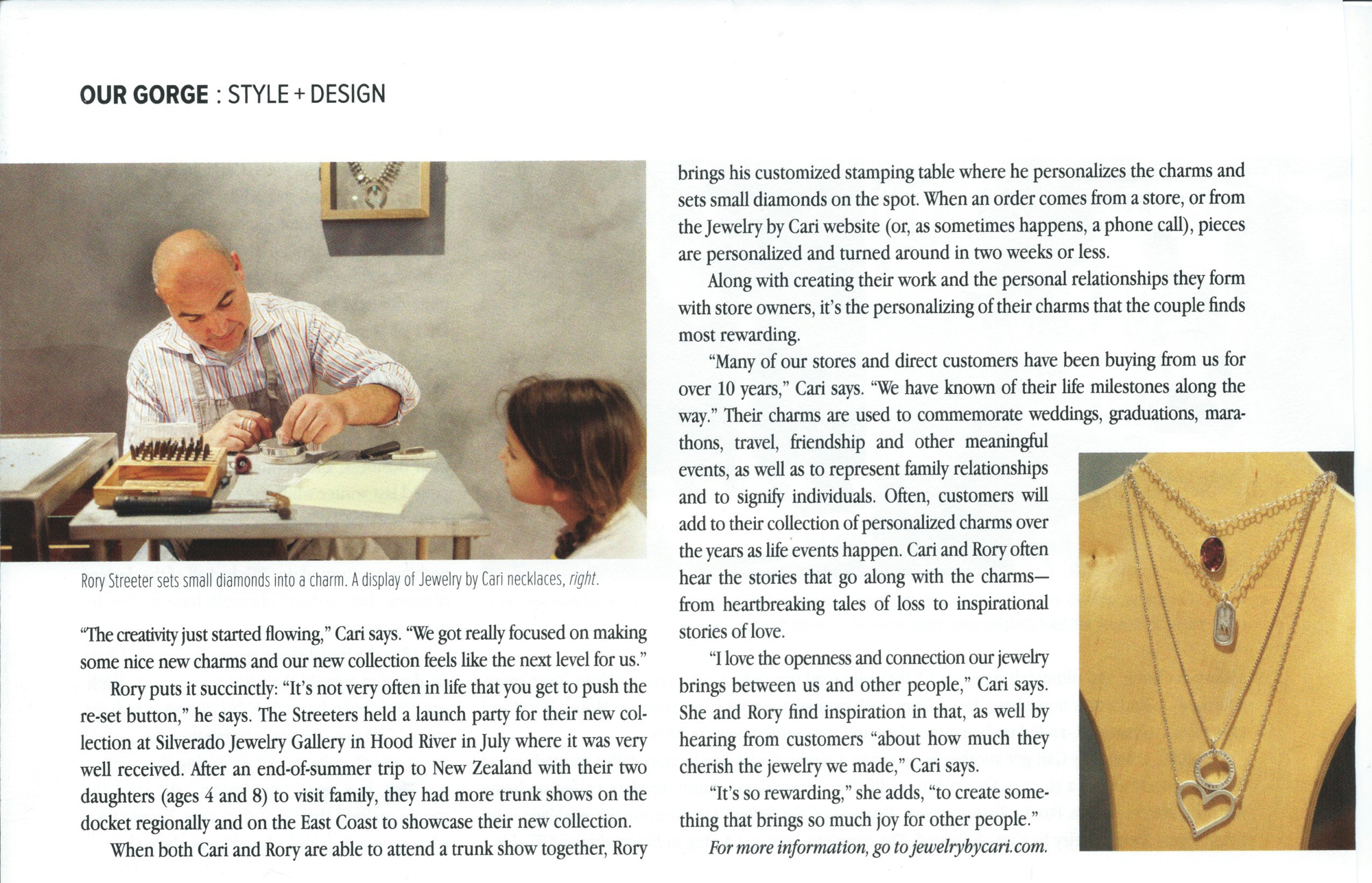 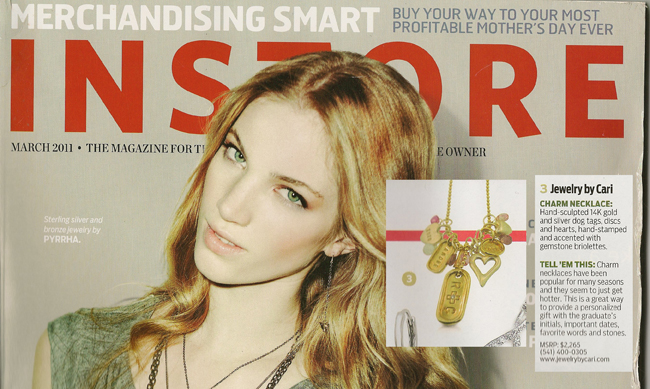 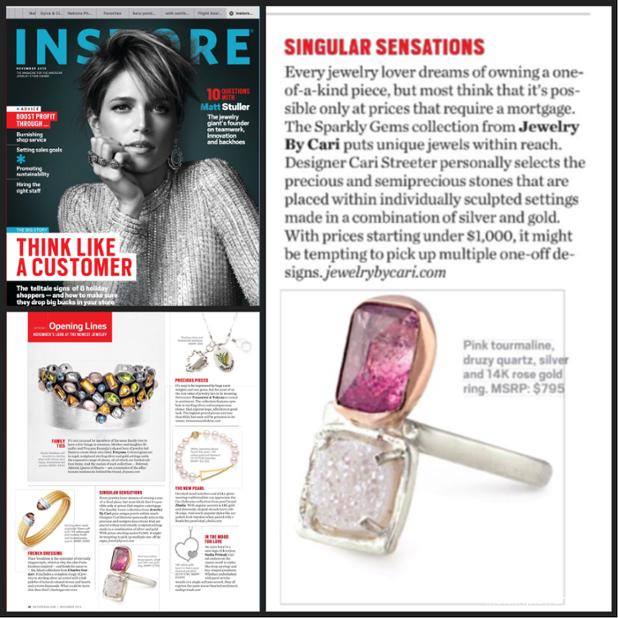 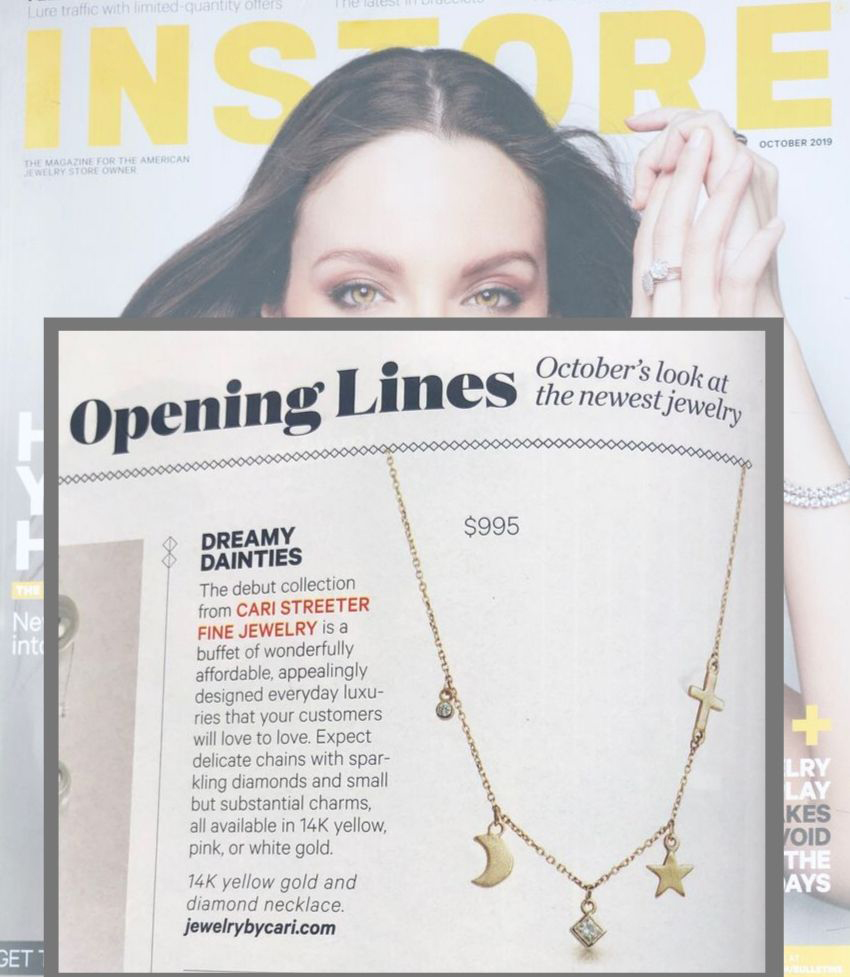 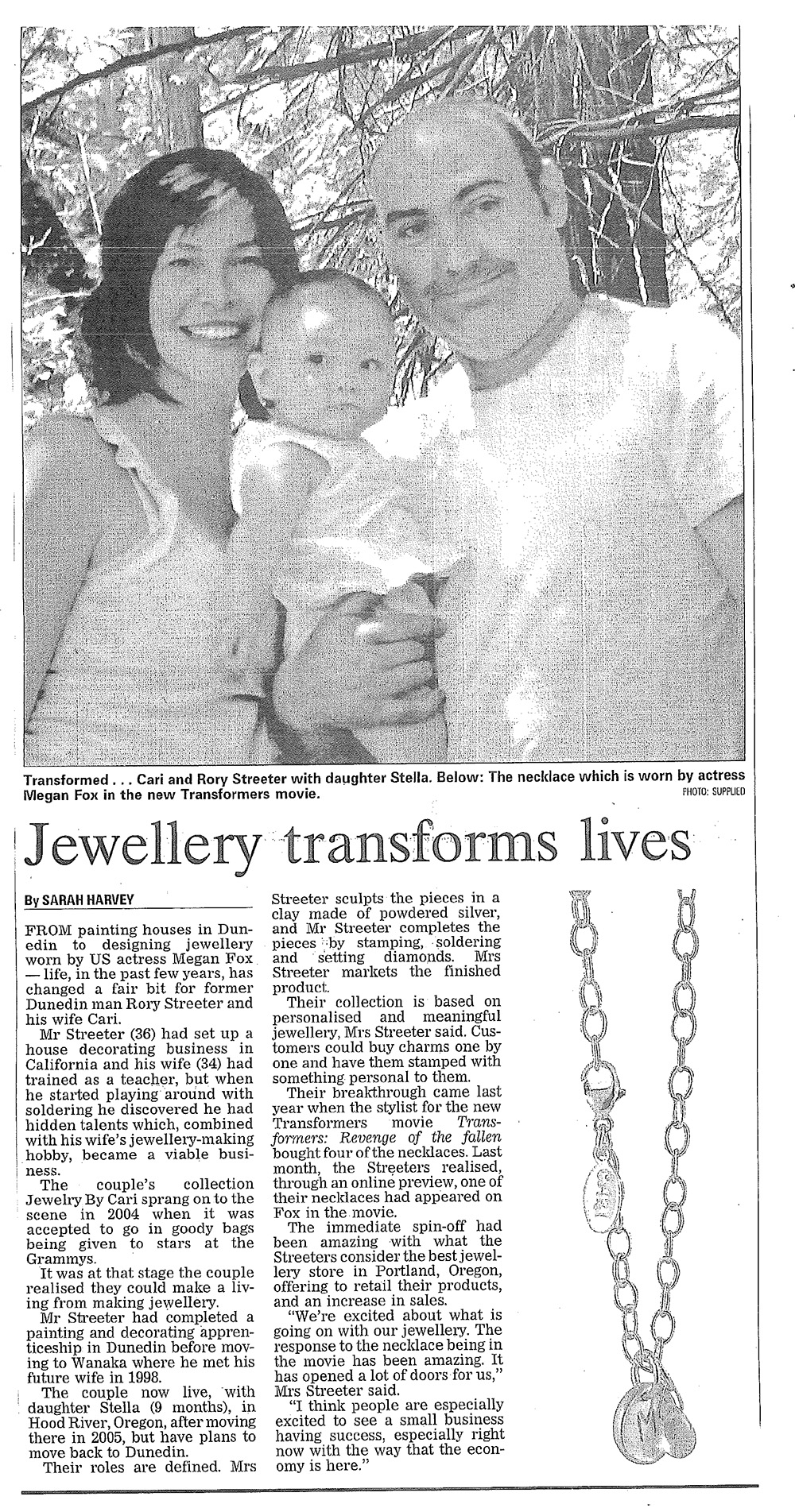 Rapaport Magazine May Issue 2016
An interview with Cari as a leading designer of charms. 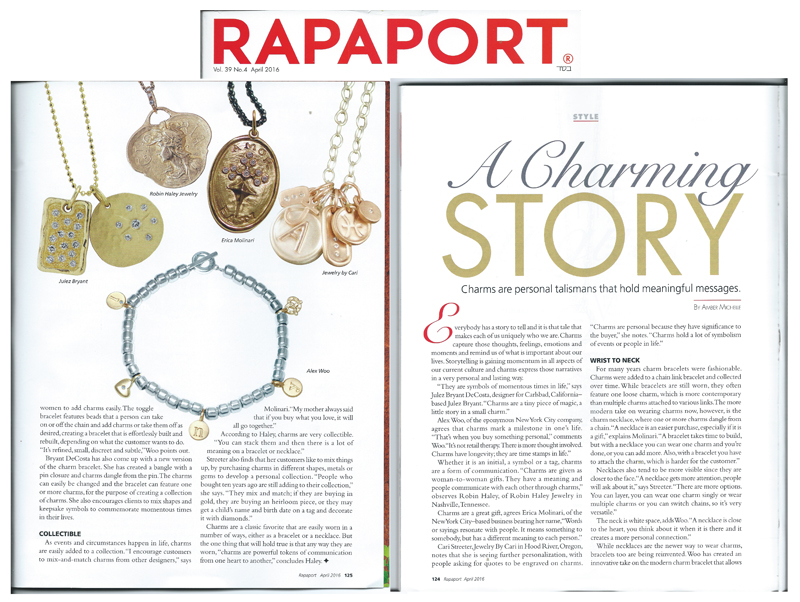 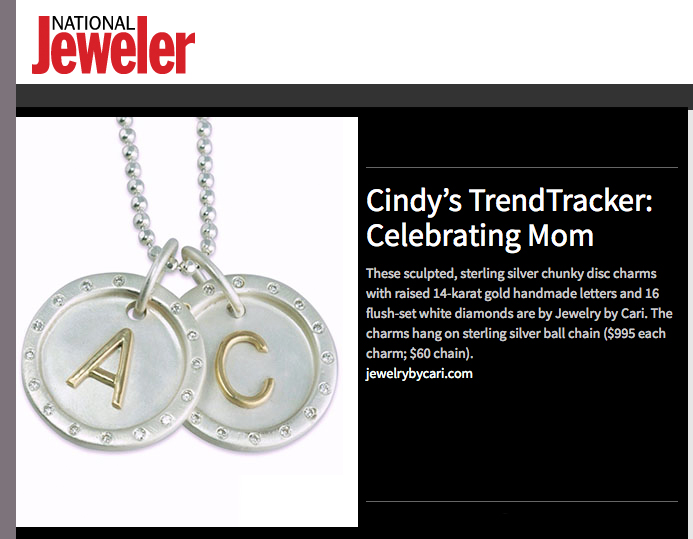 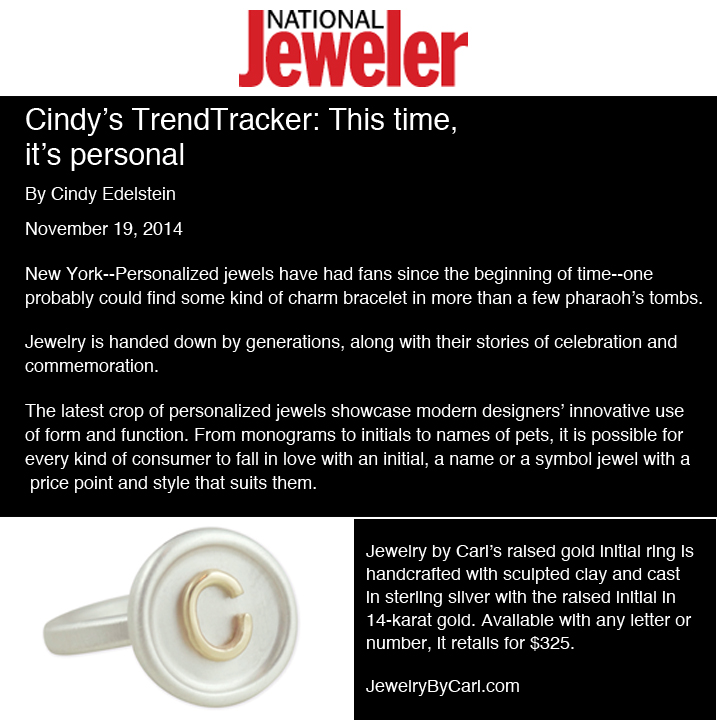 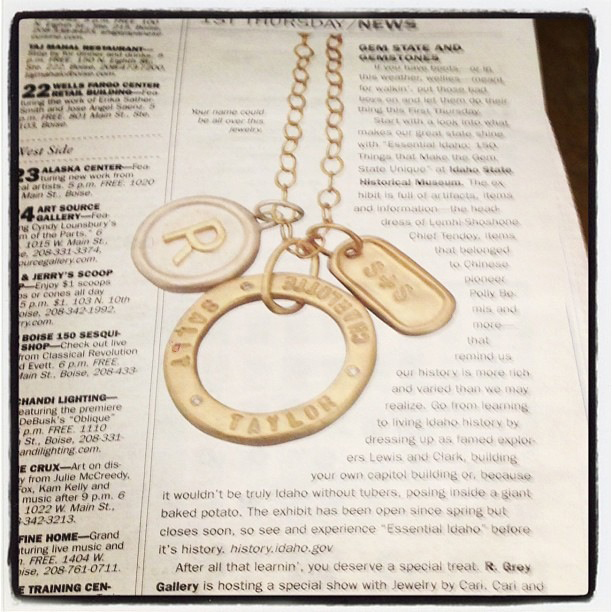 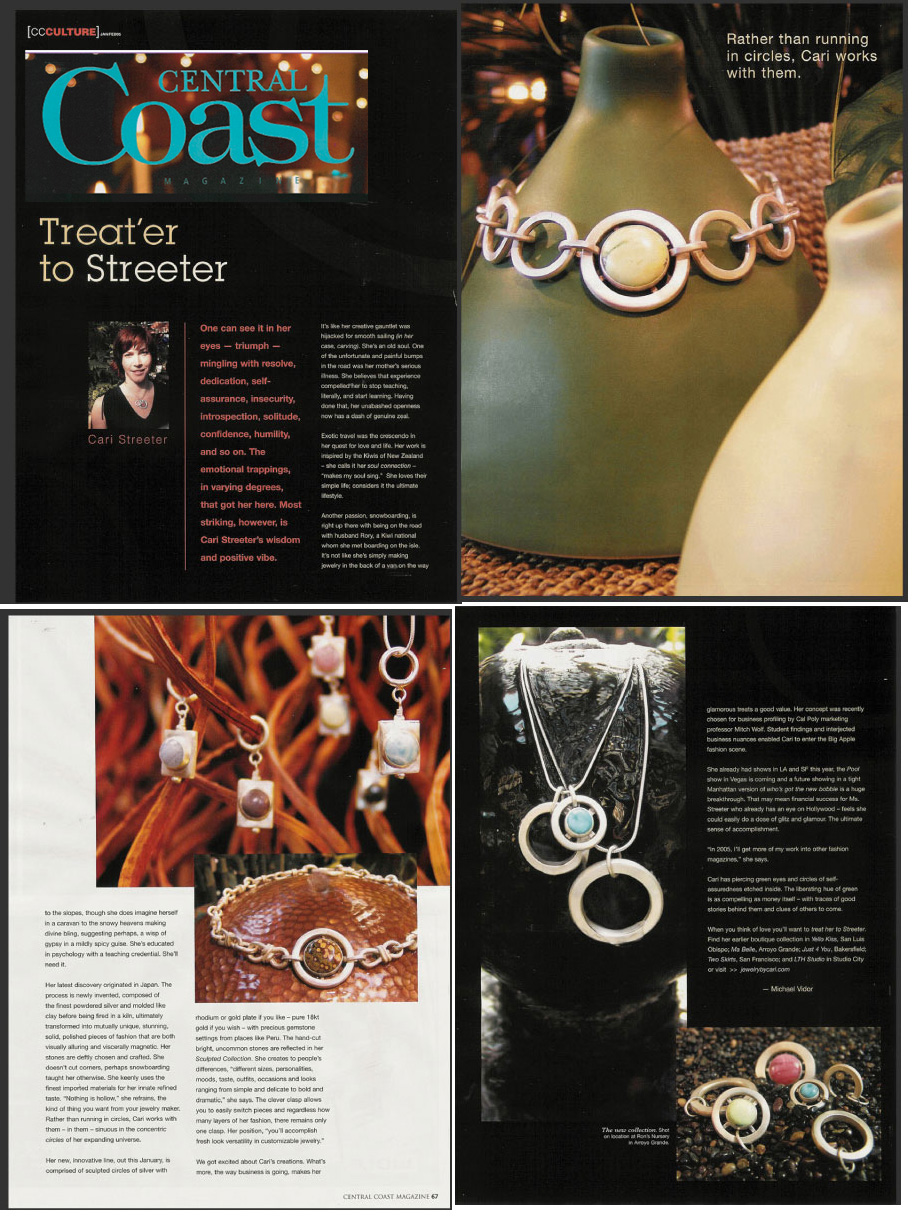 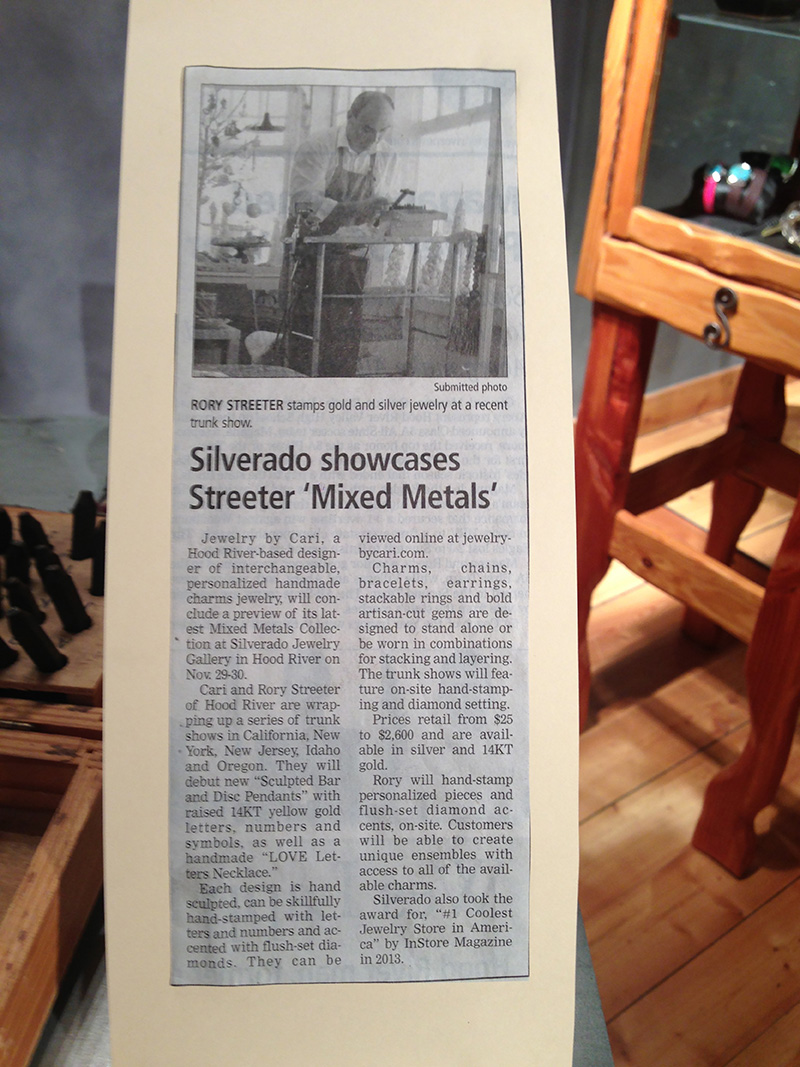 Stay up to date!

to hear about new collections, promotions and exciting news.

No thanks
Thank you so much for supporting our family-owned business! We hope you love your Jewelry by Cari! Please help spread the word about our jewelry!